Robert Siciliano became a victim of identity theft while starting a small business. He then realized that victims like himself were on their own. Robert is a #1 Best Selling Amazon.com author of 5 books, including The Safety Minute, which teaches individuals how to guard against violence and identity theft, 99 Things You Wish You Knew Before Your Identity Was Stolen and Identity Theft Privacy: Security, Protection and Fraud Prevention, which expands in scope to include corporate data breaches and theft.

Robert has been a featured cyber security guest speaker and consultant for companies such as MasterCard, Intel, Morgan Stanley and UPS, as well as conferences and trade organizations. He has been interviewed by nearly every major media outlet in the United States on cyber security and identity theft protection, including Associated Press, ABC, Bloomberg, CBS, CNBC, CNN, CTV, NPR and The New York Times. 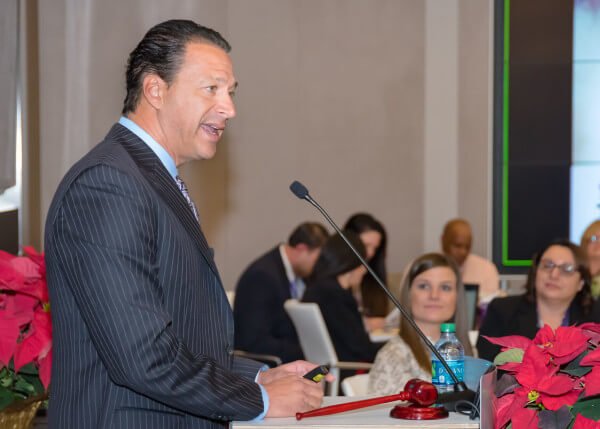 “As an information security professional, I know firsthand how difficult it can be to take very conceptual threats and make them relevant to a large audience. Robert’s storytelling abilities and his direct style made him easily relatable to our people. We received outstanding feedback and requests from employees to share Robert’s presentations with their families and friends.”

“Robert was our keynote speaker at NAR’s Annual Risk Management Forum. He was fantastic. He kept the audience riveted and engaged throughout his presentation, and our attendees left the seminar with valuable information that will help them stay safe in the field and online.”

“Robert’s presentation at the 22nd Annual bankers’ Hotline Security Officers Workshop was the highlight of this two-day event. His entertaining style and expert commentary was exactly what these security professionals needed to hear. Many thanks for adding a fresh perspective to the identity theft issue.”

In addition to his work as a top cybersecurity keynote speaker and cyber security awareness trainer for municipal and private-sector clients, Robert is a recognized expert in the areas of Identity Theft Awareness and personal security. An active Coast Guard Auxilarist and former private eye, Robert has hands-on experience and training in premises and personal security as well as online security.

Through Protect Now, Robert has worked extensively with real estate agents, bankers and financial firms to promote good personal security and identity theft awareness practices. Robert is a truly holistic security speaker who can tailor his presentation to address needs beyond cyber security that organizations may face.